Our third Policy Solutions Day took place in Victoria on October 23rd. Every year, it's Fostering Change's biggest advocacy event. We brought 65 young people from across Southern BC to meet with government officials. Altogether, we had 27 meetings with the Premier, Ministers, MLAs, Senior Government Staff and Ministerial Assistants, and the Representative for Children and Youth.

The day is full, starting at 7:30 where we board a school bus to the ferry terminal. At the ferry, groups broke off to get trained by their prepared group leads (shout out to Ashley, Shae, Soraya, Anita, Braydon, Chris, Liz, Dyllon, and Ruby). We were joined by national media (CTV W5) and boarded the Community Action Bus together.

We were thrilled to see Premier Horgan briefed by MCFD Ministerial Assistants and ADMs in charge of the file, and to learn that MCFD staff had been asked to brief various Ministers after last year's event. John Horgan told us that something new is on the table: to raise care to 25, so that all youth can get support and stay in their placements, as is the case in Alberta.

The day wrapped up with great coverage on CTV and Black Press outlets. Check out an article with a video of our press conference here. 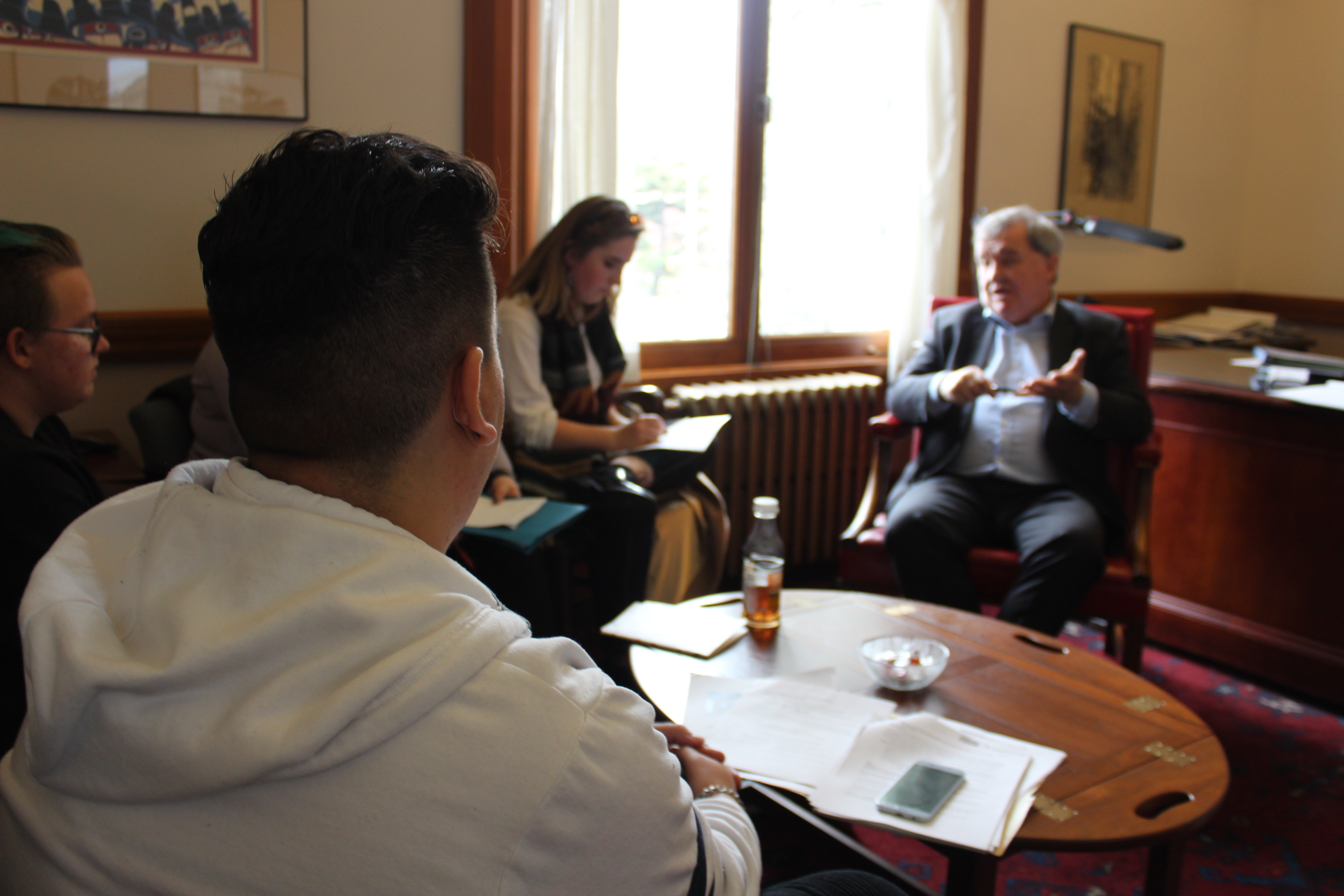 ABOVE: FCCOs learning from our Co-Organizer Susan Russell 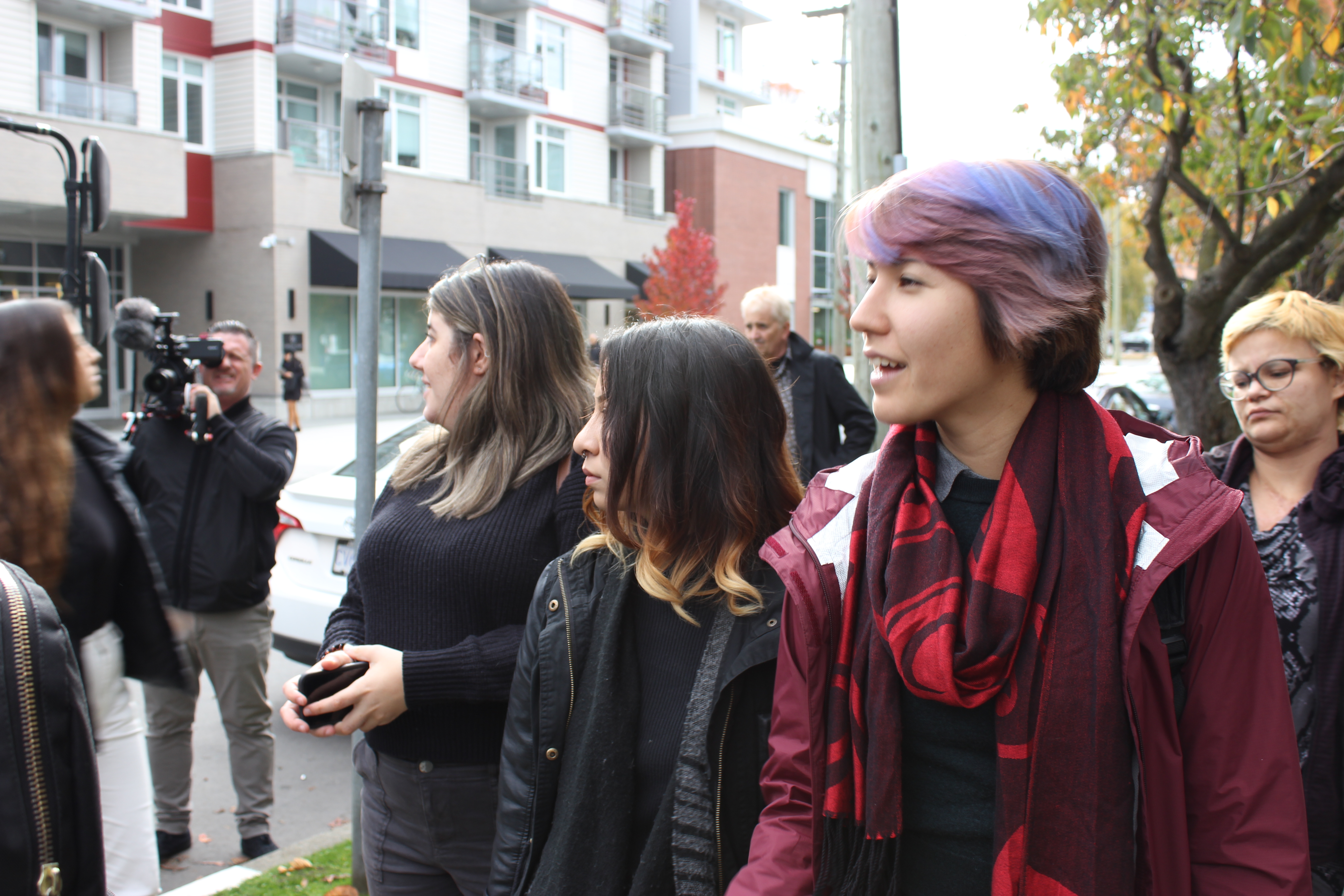 ABOVE: FCCOs coming off the bus, with CTV W5 cameras in the background. 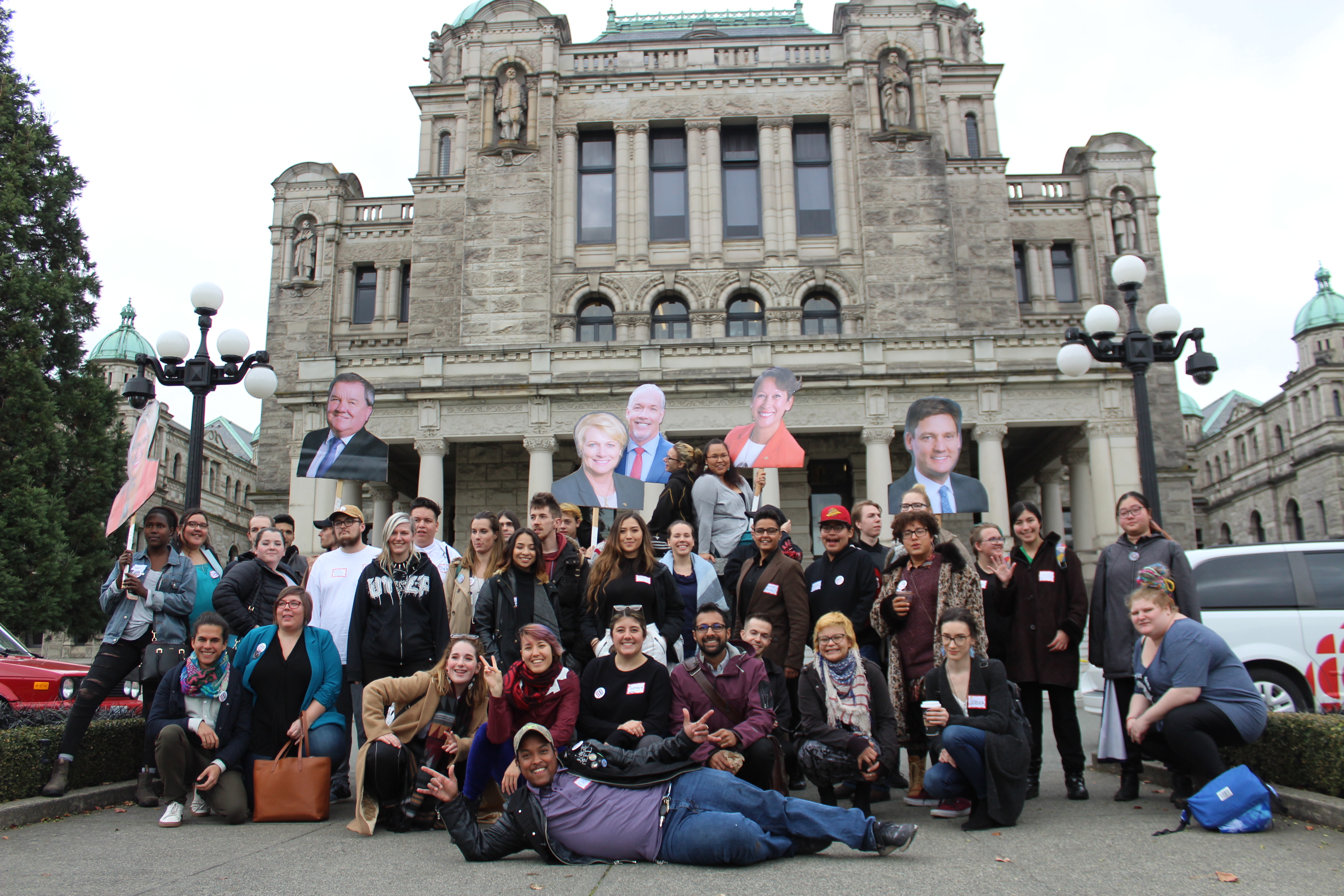 ABOVE: Our 'Family Photo' which includes printed versions of several Ministers, who are part of our family and were wrapped up in Question Period. 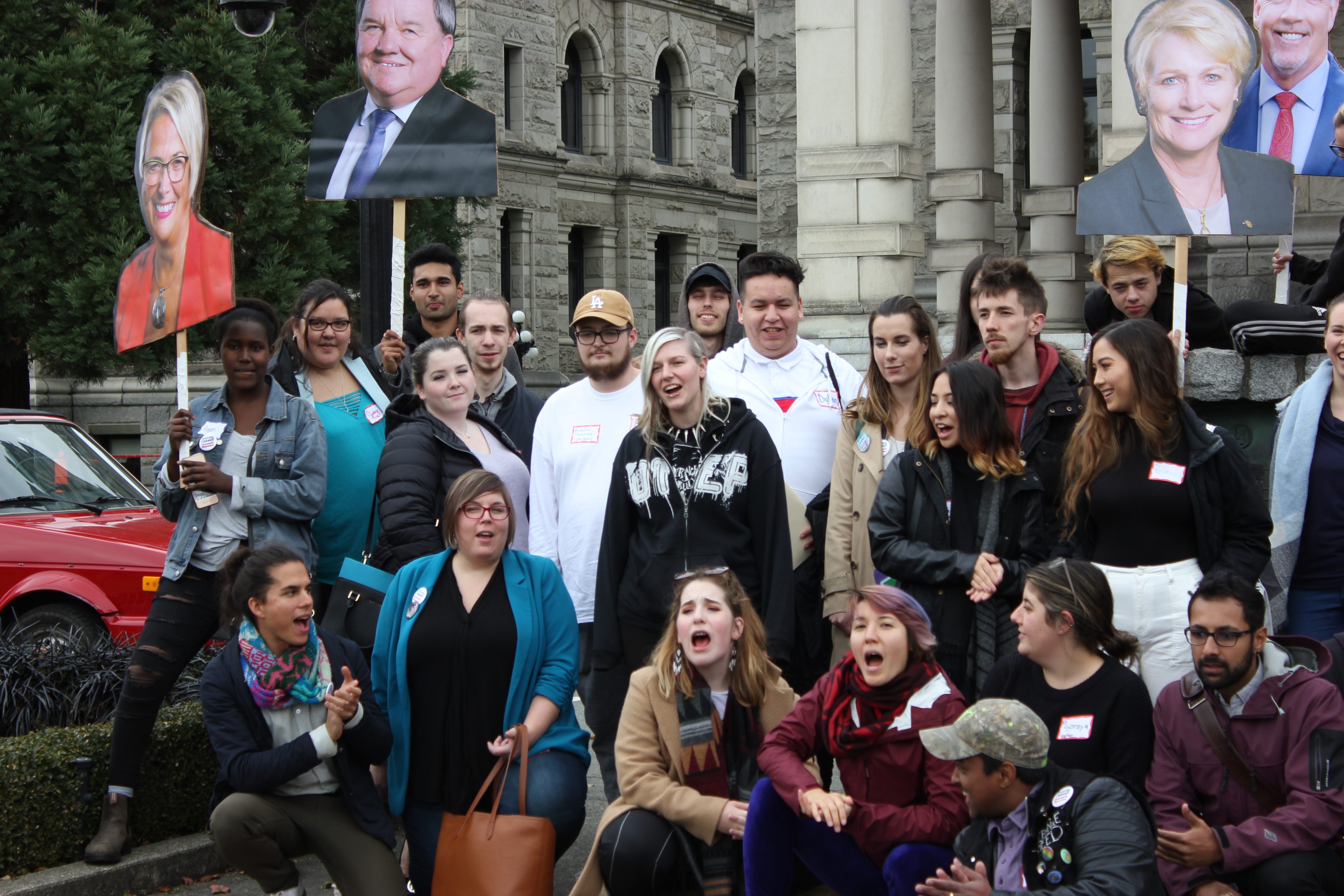 ABOVE: FCCOs Chanting 'Thrive Not Survive!' 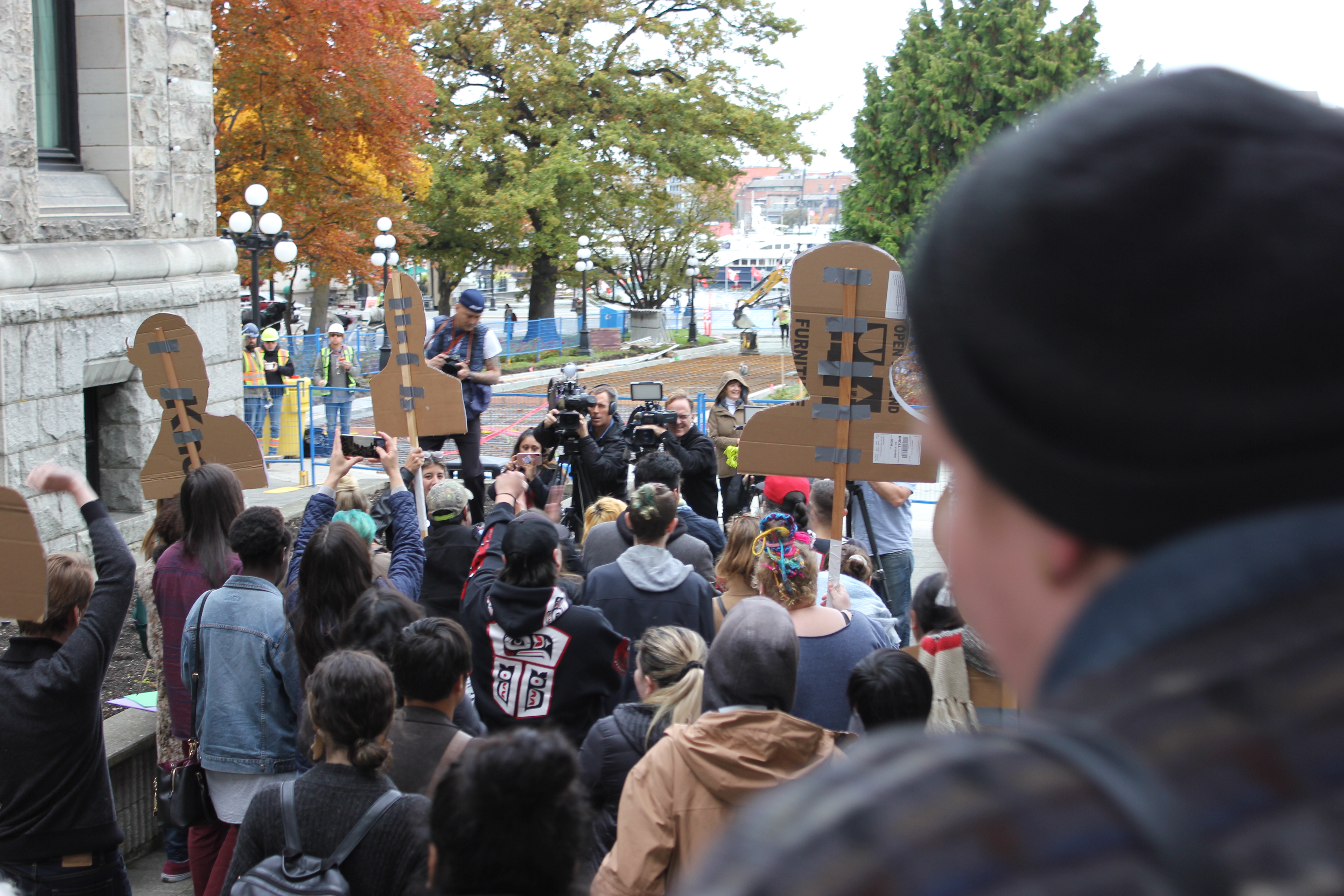 ABOVE: As we came down the steps, we saw an unexpected media scrum.

ABOVE: Our spokespeople point-of-view with microphones and several journalists. 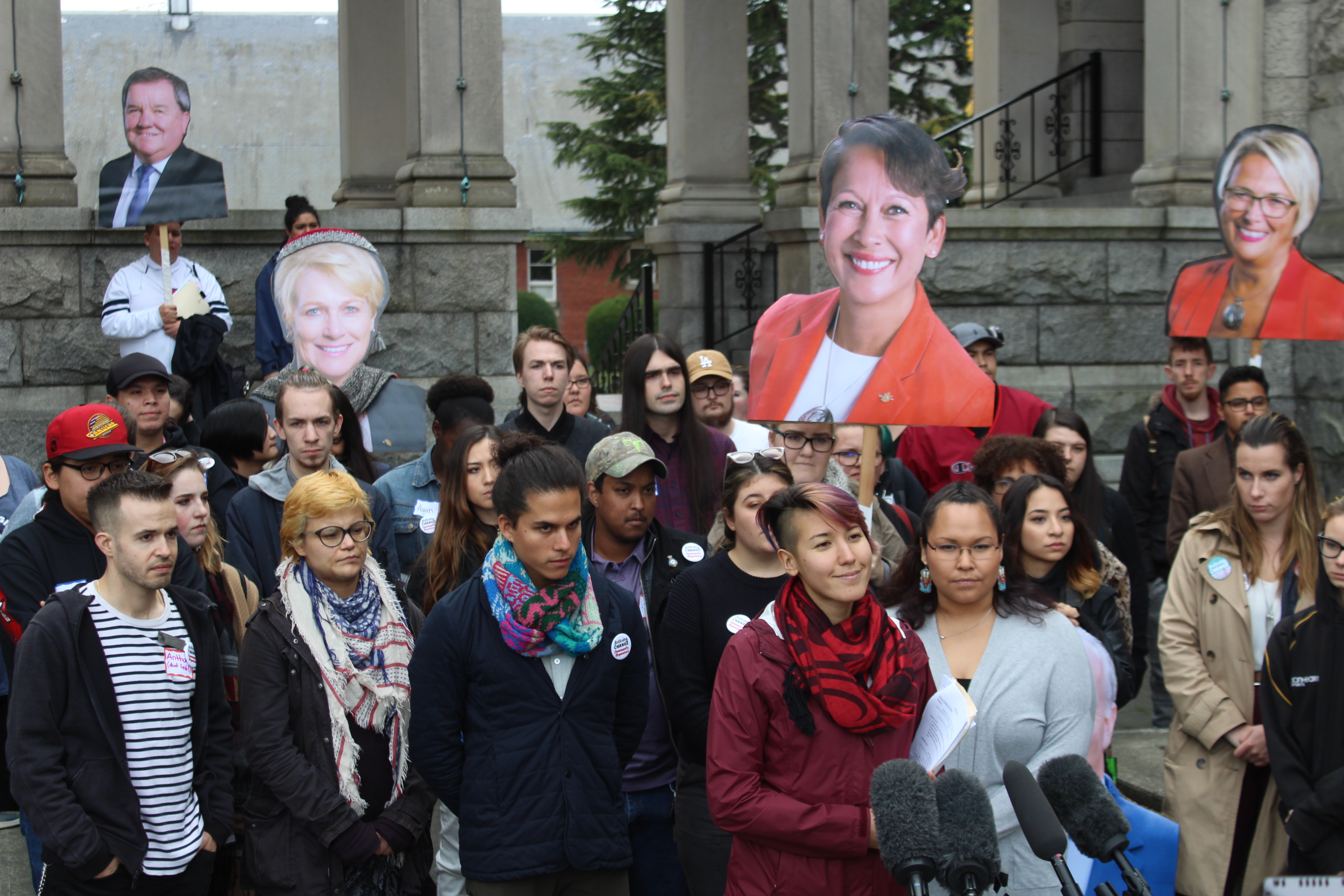 ABOVE: Our press conference with dozens of youth and the cardboard Minister cut-outs. 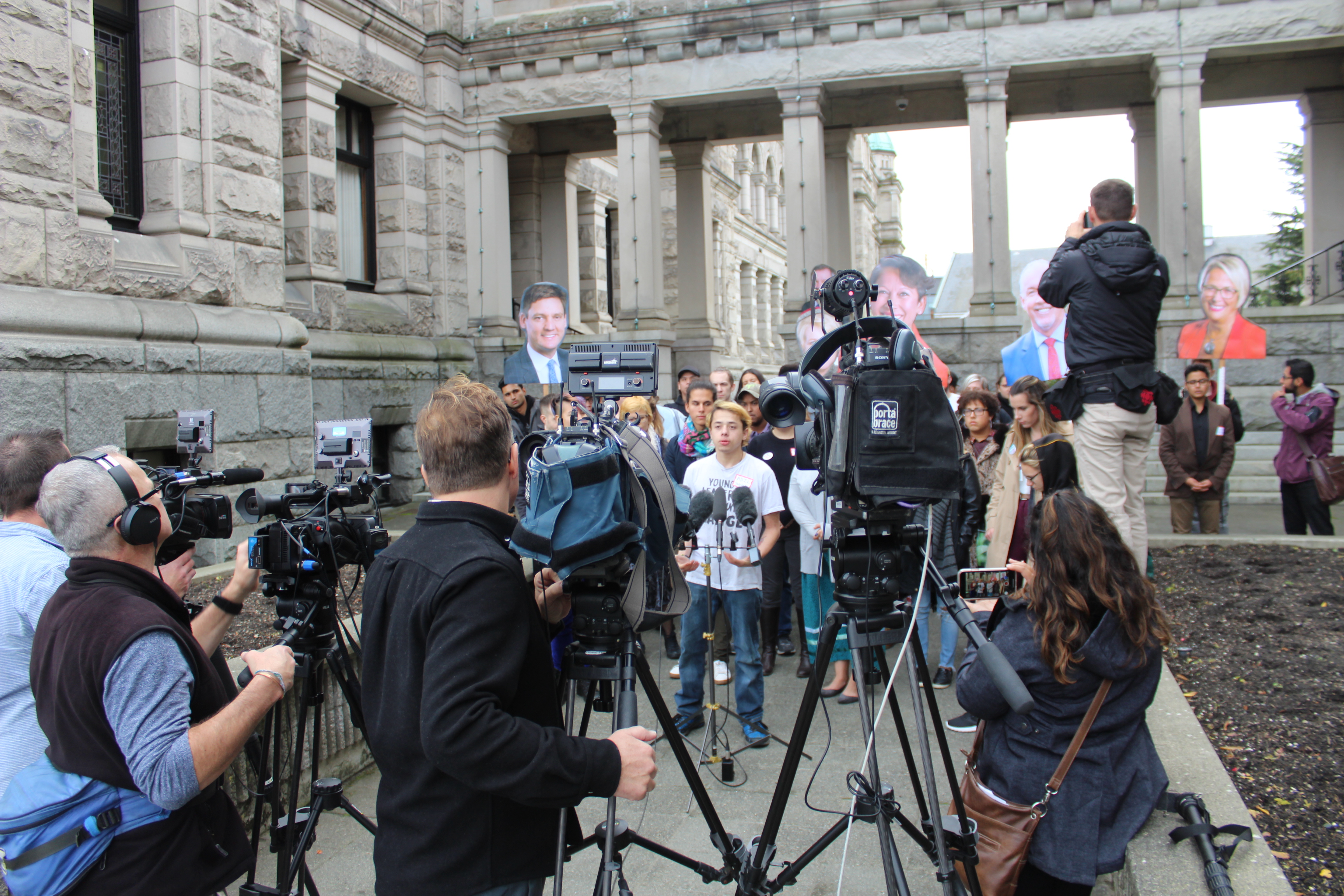 FCCOs meeting with Premier John Horgan as he flips through our Opportunities in Transition report.

Who we met with: