Youth were encouraged to share safely from their hearts. Each youth who attended had up to 5 minutes in each meeting to describe what the impact of having a social safety net of support leaving care would mean to them. A social safety for all youth leaving care looks like:

We asked decision makers that they can support our ask by supporting it in the Legislative Assembly and investing money into it at the Treasury Board level.

We thank the decision makers for their commitment in meeting, openness, and engagement through inquires and supportive commentary and the staff for setting us up with meetings.

We have so much gratitude for the youth team who expressed interest and advocated with us on the day to raise public awareness and build capacity in advocating for a better future for all youth from care. The courageous efforts of the youth who attending was inspiring, and continues to fuel the community efforts for improving youth transitions from care to adulthood. We believe that all youth should look forward to turning 19.

The list of Ministers, MLAs, and staff who met with us include:

Representative for Children and Youth Workshop 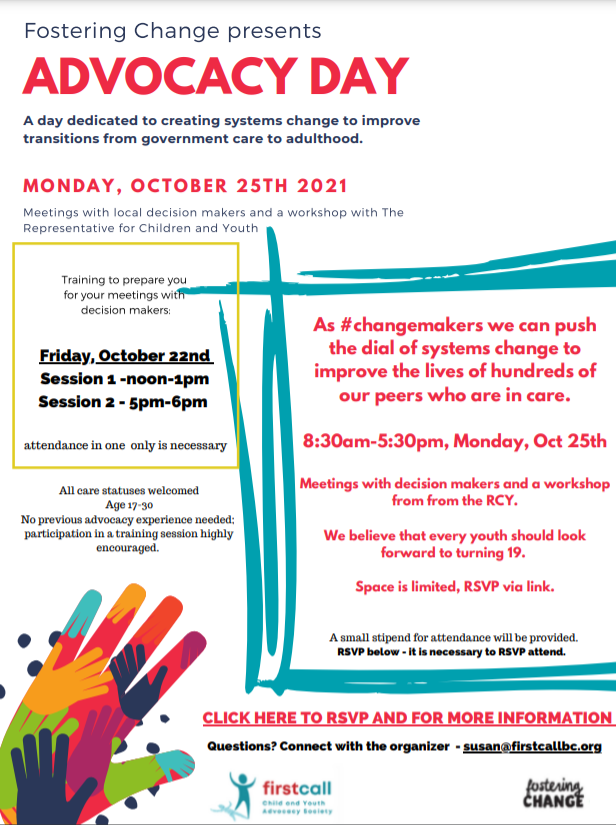